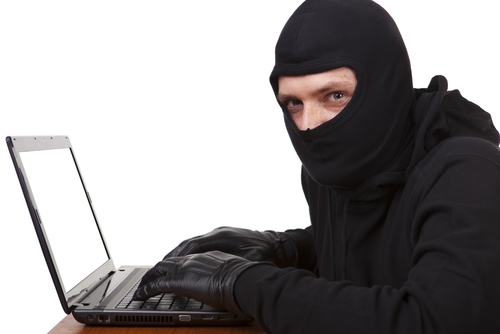 Patents are one of the most important protections for Australian innovators. They provide protection to inventors or manufacturers that allow them to earn money off of their original products, whether that's through selling the product itself or granting permission for other companies to use their intellectual property.

Unfortunately, a group of people has taken advantage of the way IP patents work, creating at best a major headache for Australians and serious lawsuits at worst. Known colloquially as patent trolls, these are individuals who use patent infringement claims to earn money or suppress competition. The most important distinction between a patent owner protecting their intellectual property and a patent troll is that the latter has no intention of ever using their patent to develop a product or service.

While not technically illegal on its face, trolling of this nature is a bad-faith attempt to extort money from corporations who have to litigate or settle in order to move forward with planned products. They are putting a financial barrier between earnest innovators who are trying to go to market.

The most important distinction about a patent troll is that they do not have any intention of earning money by manufacturing or selling a product or service. Instead, their only source of revenue is to send letters of demand to companies and accuse them of patent infringement. They acquire them by either purchasing portfolios of patents from small investors or companies that are going into bankruptcy. They also may apply for patents that are vague or broad enough that they can apply to any number of products or services.

Patent trolls are successful as often as they are because most large companies are willing to pay them off to avoid risking a lawsuit. And these fines aren't pocket change. For example, Apple paid more than $500 million to Smartflash LLC in 2015 for infringing on three US patents it held. This was considered patent trolling because Smartflash does not employ any people, nor does it create any products.

While the practice of patent trolling originated and is mostly found in the United States, Australia is by no means immune to the threat. In 2017, the Australian Productivity Commission released a report on the effectiveness of the Australian intellectual property system. It mentioned that concern for patent trolls in Australia is limited. However, the ACPC acknowledged that the risk is not zero and has the chance to grow.

First and foremost, be sure you have a trademark attorney in Australia. It's the best possible way to protect your IP, and could even stop a patent troll before they come after you.

If you are contacted by a patent troll, remain calm and immediately begin to do your research. Your best bet for escaping with your finances in tact is to know what you're going up against. Explore any paperwork, court dockets, or other materials to establish who is behind the claim. If you find a connection to a well-known troll, you know you are likely dealing with a frivolous lawsuit, so you may have a better chance of avoiding a court appearance. If you believe that the suit against you is not legitimate, do not settle. If you do, you'll be out of the money with no chance to recover it. Plus, you're leaving the door open to more trolls who may see you as an easy target.

One thing that's important to remember when it comes to patent trolls is that they're playing a numbers game. They cast a wide net by filing as many lawsuits as they are able to, hoping that the person they contact is spooked enough to pay out to avoid going to trial. As soon as you make yourself a difficult or worthless mark, the troll may lose interest.

Simply be as difficult as possible. Get in touch with the contact – likely the troll's attorney – and ask as many questions as you can think of. Inquire about the patent itself, the parties involved, and what the alleged infringement looks like. If you can, reach out to the patentee and drill them with similar questions. If you find contradictions in the patents or do research and uncover an earlier patent that may predate the troll's, you could end the suit before it starts.

You can also cry poor. If you don't have the cash to pay the claim and make it clear that there is no financial gain for the troll, they may leave you alone. They're in it for the money, and if that's not there, they'll move on to greener pastures.

Finally, if you can, expose the troll. They operate in the shadows, and the least thing they want is attention drawn to their scheme. This also helps protect other companies from a similar situation.